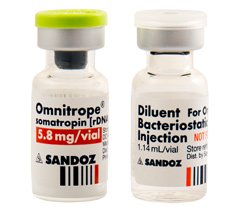 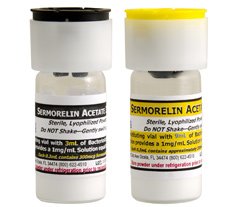 A seismic shift occurred in the world of hormone replacement therapy when the scientific community, which had already established the effects of growth hormone deficiency in children, focused their research on its effects within the adult population. The earth shook for many of the adults who were not getting any answers from their own doctors about why they felt like their vitality was continually draining away – and what made it shake?

The results of clinical studies performed on adults who felt exactly the way they did.

It’s the way in which it’s now being treated.

Much has changed about the way enlightened hormone therapy doctors like ours are treating adult-onset health problems such as testosterone deficiency and growth hormone deficiency. While the medical world has long acknowledged why it is beneficial to supplement certain critical hormone levels when they have dropped too low, they have not been as progressive with how to make replacement therapy readily available to the adults who would most benefit from it. Readily available means an end to asking doctors who do not specialize in hormone replacement therapy to prescribe it – and being told no. It means an end to hearing about a treatment that could substantially improve your health and increase your vitality and then not being able to locate or access it. Kingsberg Medical saw that it was time to bring the medical treatment people needed to them, rather than making it geographically or otherwise unattainable to them. It was time to announce, proudly and loudly to all adults who wanted their maximum vitality back, that treatment for growth hormone deficiency has arrived right where you live, wherever that happens to be.

Not only is it local and convenient for them, it is exceptionally effective and beneficial. That is why we say it has truly arrived.

Growth hormone deficiency, or GHD, is not a joke. It is a real and very disadvantageous adult health syndrome that can lead to the premature deterioration of your body’s systems, organs and cell renewal capabilities. It arrives with its own “laundry list” of symptoms, which include energy depletion; inefficient metabolic activity; accelerated organic aging; diminished cognition; and emotional turmoil. So when people are experiencing GHD symptoms like these only to have them brushed off or minimized by their regular healthcare providers, they have a right to feel upset and dissatisfied.

What is funny, however, is that many of the doctors who were initially resistant to the concept of growth hormone deficiency have come full circle to acknowledge its existence and even the most widely visited online websites like WebMD [2] contain a wealth of general medical information on GHD. Yet Kingsberg Medical was among the very first to recognize that treatment for growth hormone deficiency has arrived upon the US healthcare scene and to also recognize that people were going to need a viable means of easily accessing it. So we put our heads together and created a process for receiving treatment that every adult in the entire US who qualifies for treatment can use.

The Only Solution to Growth Hormone Deficiency Is HGH Replacement Therapy

Even when the solution to growth hormone deficiency, which is using injectable HGH (human growth hormone) therapy, had been clinically established, one more problem remained – how were people affected by GHD going to be able to receive it? Then Kingsberg Medical arrived at the answer: Utilize the global reach of the Internet to facilitate their treatment.

The process for becoming a patient of our growth hormone and testosterone HRT programs can be accessed online and completed locally, which means having a blood test for GHD performed in your area; getting a medical exam performed locally; and digitally submitting your medical history to our hormone therapy physicians. You don’t have to travel out of your way to receive the treatment you require because Kingsberg Medical has taken care to see that treatment for growth hormone deficiency has arrived to your US city or town … and even before you decide to begin treatment, you can have all of your questions about GHD answered just by calling our hormone replacement specialists.

This is the way Kingsberg Medical delivers the health-enhancing power of latest doctor-prescribed treatment programs for growth hormone (and testosterone) deficiency to the greatest number of adults who stand to benefit from them – and isn’t it about time that your needs came first? We think it is.